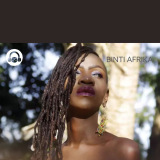 Who is Mc FullStop?

Mc Fullstop is a celebrated Kenyan Reggae/dancehall, emcee, and artist. Mc Fullstop's real name is John Maina and has been in the music scene and industry since the 1990s. He is also celebrated as the most toured emcee in East Africa and as a Media Personality.

How did he start his career?
Mc. Fullstop started out his Mc career in 1994 when he was groomed into it by the age of 14 where he fast grew to stardom.
He became a household name in many reggae shows and events around Kenya.

He was also a regular on K24's Supremacy Sound, a popular dancehall reggae show that aired every Saturday at midday. His contract with the show was abruptly terminated, leaving him to wonder what went wrong.
Disappointed by the move by the Mediamax-owned station, he expressed how unjustly he was terminated yet he was the face of the Supremacy sounds show just because he had fallen ill.

“It all happened unceremoniously because I had gone for a show to Dubai immediately I recovered and I was explicitly told that my services were no longer required by Supremacy Sounds,” he told The Standard.

His exit from Supremacy Sound was met with disappointment and uproar from a section of his fans on the internet. A number of netizens protested against the move. There were also others who believed that the MC had gotten a chance to elevate his career to another level.

Supremacy Sounds is allegedly on the verge of bankruptcy following the departure of key personnel. According to a Standard report, big names such as Miss Ebony, DJ Smash, and unit manager Benson Kyendo were either kicked out or left.

He has also hosted the Riddim Vybz program on K24 and he previously worked at Kiss FM and Citizen TV before joining K24. He also joined NRG radio, where he worked with DJ Smash on Saturdays.

His presence in mainstream media helped him not only widen his fans but also extend his influence in the music industry. MC Fullstop has gained thousands of followers on various social media platforms. A good online audience is crucial given the fact that this is an era where influence is majorly determined by the numbers that one commands on the internet.

MC Fullstop serves as a role model to many young talented upcoming emcees. His story and rise to stardom is a motivation to many especially given the fact that emceeing and deejaying is not as popular as other careers on the entertainment scene.


MC. Fullstop's Ailment
Back in 2015 rumours spread that he was infected with HIV/AIDS. He did, however, clarify that he had liver problems as a result of alcohol-related complications. He warned the younger people not to drink alcohol because he had firsthand experience with its effects since starting to consume it in 1996.

He later stated that many people abandoned him because of his illness, but it was at that time that he discovered God. He attended a church service for the first time in his life and learned he had been given a second chance.

Mc Fullstop's personal life details are a bit scanty but at the moment the renowned artist is doing much better healthwise. He is back at the urban radio NRG where he runs the reggae boy zone.

How to listen and download Mc. Fullstop music on Mdundo.com
Mc Fullstop Raggae mixes are available for free download and streaming on mdundo.com. To listen to this genre on Mdundo, visit mdundo.com and search for Mc Fullstop Raggae Mp3 music. A catalogue of available latest songs from top artists under this category will then be provided for you to select the ones you want online. You can download/listen to music on Mdundo through your phone, laptop, or any other device that can access the internet.