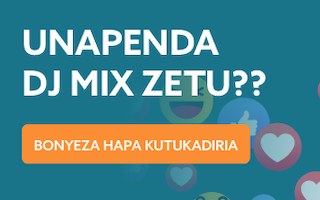 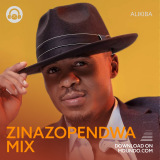 Who is DJ Bee?

Elizabeth Njambi popularly known as DJ Bee is a renowned Kenyan disk jockey. The mother of one has built a reputation for herself as one of the most sought-after DJs in the country. She has earned praise and recognition for her stand-out performance in a male-dominated industry.

DJ Bee started her deejaying career in 2014 under the management of Spin Cycle Entertainment. Her interest in music and entertainment, however, traces back to her days in high school. When she joined campus, a friend who spotted her talent offered to teach her basic skills in deejaying and emceeing.

In a previous interview, she admitted that her journey to stardom in a male-dominated industry was not an easy one. According to the youngster, she had to be persistent and work extra hard to compete equally with her male counterparts. She further added that a number of stakeholders in the entertainment industry are yet to develop absolute professional trust in female deejays. With the above-cited challenges, it took a lot of investment before she could build confidence in the industry.

The turntablist draws her inspiration from her fellow female deejays, especially those that are mothers. She admits that juggling between motherhood and a deejaying career can be challenging. Therefore, seeing other female deejays pursuing their dream motivates her.

The spin doctor also strongly advocates abstinence from drug and substance abuse. She believes that the youth have a lot of potential and energy which they can use to better their lives.

She is not discriminatory when it comes to compiling songs for her playlist. When she, however, started out, she specialized in reggae and dancehall. With time she extended her mixes to other genres such as bongo, gengetone, amapiano, naija music, and so many others. Over the years, her popularity has stretched beyond the borders of Kenya. She has built a good fanbase in countries such as Tanzania and Nigeria.

She has also built a massive audience on the internet with thousands of followers on various social media platforms. Her mixes on numerous online music streaming platforms have gained impressive viewership. DJ Bee is extremely active on social media although she rarely shares details of her personal life.

She also has live performances at various entertainment joints in the country. A quick look at her Instagram page is enough to prove that the deejay has her timeline packed. She has entertained some of the top events that took place in 2022.

With more than half a decade of experience in the entertainment industry, Dj Bee has grown to become a role model to many upcoming female deejays. Her success in the industry is an encouragement to those who look up to her. Many upcoming female DJs now have a source of inspiration that they can look up to.

Deejaying has developed to be a crucial profession in the music industry. It is one of the pillars that artists depend on to sell out their music to their fans. DJs have the power to influence the popularity of a song and hence its success.

DJ Bee mp3 mixes are available for free download and streaming on Mdundo.com. Visit the site using any device that can access the internet, navigate to the search bar and type her name then tap on the search button. A catalogue bearing all of her latest mp3 mixes will be displayed. Scroll to your favourite mix and either listen to it online by tapping the play button or save it to your device by tapping the download button.