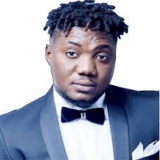 About Masterkraft
When talking about the evolution of Nigerian music, Masterkraft stands out. The Nigerian producer has a beautiful story to tell about his meteoric rise in the industry. He demonstrates how passion and fate can build an empire from nothing but pure talent.

Biography
His exact year of birth remains a mystery. However, his birth date is July 28 in the 80s. More to it is that his parents named him Sunday Ginikachukwu Nweke following his birth in Enugu State, but he grew up in Ajegunle ghetto in Lagos State. After taking his common entrance exam, he completed his primary schooling at Ajeromi Ifelodun Local Government School in Lagos.

As a result of his outstanding performance, the government later granted him a scholarship. Throughout his education life, numbers fascinated him so much that he had a big dream of becoming an accountant.
Unknowingly, his parents turned down the scholarship offer, which crushed his dream of making a career in crunching numbers. Although it hurt him so much that he lost this opportunity, which ended tragically with his father’s death.

God had other plans for Masterkraft after his father’s death. Growing up, he loved the Church because he got an opportunity to express his musical love by taking up the role of a pianist. With his father’s demise, things were hard for him, and he took to paid gigs in clubs as a disc jockey and honed his skills even more. He was only 11 years old, but he had a conviction his future would be bright with music.

Abject poverty punctuates his childhood, and being in church is the only thing that made him happy because he would play music. When away from his neighbourhood’s church, he would be hawking clean drinking water, tissue paper and tomatoes. He disliked this and always told his father, who allowed him to go back home and play the piano. These self-taught piano lessons made him a producer.

Here is what happened. Masterkraft hooked up with a friend who loved playing instruments and then joined the Star Quest music competition. The Nigerian beatmaker produced a song that made his friend win the contest, and he earned himself his first job as a producer for his friend’s group. He produced two singles for the group, and Kenny Ogungbe of Kenny Music loved it and offered him a job as one of the label’s producers in 2009. His U-turn point in life came when he met Banky W while still at Kenny Music.

Ginikachukwu produced this major song and it happened that they needed a rapper to feature in it. And the man they sought was MI Abaga, who couldn’t believe that Masterkraft produced this song. He told Banky W about it and reached out via text message.
They met a day later, and he stunned him after creating an infectious beat in only 30 minutes. Banky, impressed, praised his skills and spoke highly of his new producer which is how he became a famed beat maker-cum-songwriter across genres.

After making a good sum of money from Banky W from the album, it was time to work with other artists to produce the best songs. Among them were Wizkid and Skales who vocal-coached via EME. Besides, he got an opportunity to work with the best artists from Ghana, such as Sarkodie. Masterkraft is known as one of the outgoing record producers in Nigerian music circles who have worked with new and old artists.

In his scope of work, he worked with Flavour, Phyno, MI Rapper, Wizkid, Skales, Sarkodie CDQ and a host of other musicians in penning down catchy lyrics for their mp3 tunes.

For all the latest audio and mp3 songs, log into Mduno.com and listen for free. Better still, you can download it at no charge at all.