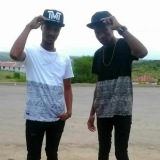 Rank: 2654 ↗ +627
JunkYard Fam is a recording and performing hip hop group from South Africa, Eastern Cape, East London (which was/> founded in 2014 by LegendMusicEc, Masted, SDee, Oxygen, Mavee, Manxion and Ribbo) under Platinum Plat
Entertainment located in Ncera Village 4.
Late 2014 they released a single track titled Back Again which was first performed at Maxhentsa community Hall,
which also gave them alot of support from the community.
In 2015 new Members of the group were introduced and they release a Mixtape titled 2015, just after 2015 Mixtape
was release they started to organise a No entry Fee events in the community and outside. The Mechanic of a No
entry fee worked well for them, they gained fanbase and loyal fans are following them to each and every event around
the city. (more)
Promote artist ↑
report
Get Latest DJ Mixes
More Songs